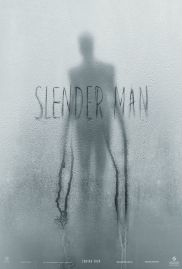 Synopsis from Rotten Tomatoes: In a small town in Massachusetts, a group of friends, fascinated by the internet lore of the Slender Man, attempt to prove that he doesn’t actually exist… until one of them mysteriously goes missing.

Well Sony, you have done it.  You may successfully released the dumbest movie in 2018. You have a lot of competition on your hands, but I have to say, Slender Man might just take the cake.  Considering this movie came out about five years since the Slender Man was culturally relevant, the least you could do is make something that would could be considered tolerable or interesting.  Instead, we get a film that is painfully boring, poorly acted, unscary, and a story that makes no sense from start to finish.

The film follows a group of four teenage girls who while bored on a Friday night, decide to summon the Slender Man (Javier Botet), a mythical creature who lives in the woods and lures children to him to kill them or break their minds.  When Katie (Basso), one of the girls who watched the video, goes missing, the other girls realize they may have gotten themselves into something serious.  One of the first things I noticed is just how long this film felt even though it only has a 93 minute runtime.  The plot just trudges along and brings up points that have no real relevance to the story or the characters. Instead of looking for ways to defeat the Slender Man, the main character Hallie (Telles), would rather go to track practice or go on a date.  Neither of these details provide significant growth or storytelling elements, so realistically there is no reason for us to see these details.  Almost every character has scenes that are completely useless to the development to the movie and that time could have been spent either making the plot stronger or showing us actual reasons to care about these characters in the first place. From the actors themselves, it is very apparent that nobody in this movie actually wants to be there.  Every actor phones in their performance and gives less than the bare minimum from dialogue that clearly was not very good from the start.  The only actress who gives us a mere moment of a decent performance is King, but it does not make up from an otherwise bland job for the rest of the movie.  Moving on to the main thing that a horror movie needs to do right, it needs to have moments that make the audience shake in their seats.  This film thought that if they show a bunch of fast-moving objects with multiple quick cuts inserted, then that will really scare the audience in a way that other movies do not.  Jake York, the editor on this movie, has to be the hardest working man in Hollywood with the amount of cuts that happen in a short period of time.  I am surprised he had any scenes left to pick from with every scene being cut dozens of times, and not only is this not scary, it is distractingly tough to look at.  Outside of that, this movie may have had the worst cinematography I have ever seen.  This movie takes shaky-cam to a whole new level, as any scene filmed in the woods looked like it was film using a third-person GoPro.  You can get the same effect from shooting running scenes from the side or the front, but this film does not want to think critically.  This movie only wants to cash in on a trend that was popular half a decade ago and that shows through the lack of effort that was put into this movie from beginning to end.

Overall, I had very low expectations going into this movie, but Slender Man failed to even meet those.  When every moment of potential tension is offset by letting us know it was just Slender Man invading someone’s dreams, you know you will be in for a bad time. Those are the techniques I distinctly remember using when I was writing stories in middle school, and based on the rest of the movie, that seems to be the target demographic for this movie.  This could have been average at best if the movie cared even a little bit, but it decided to waste everyone’s time and money and shows us how not to make a horror movie.