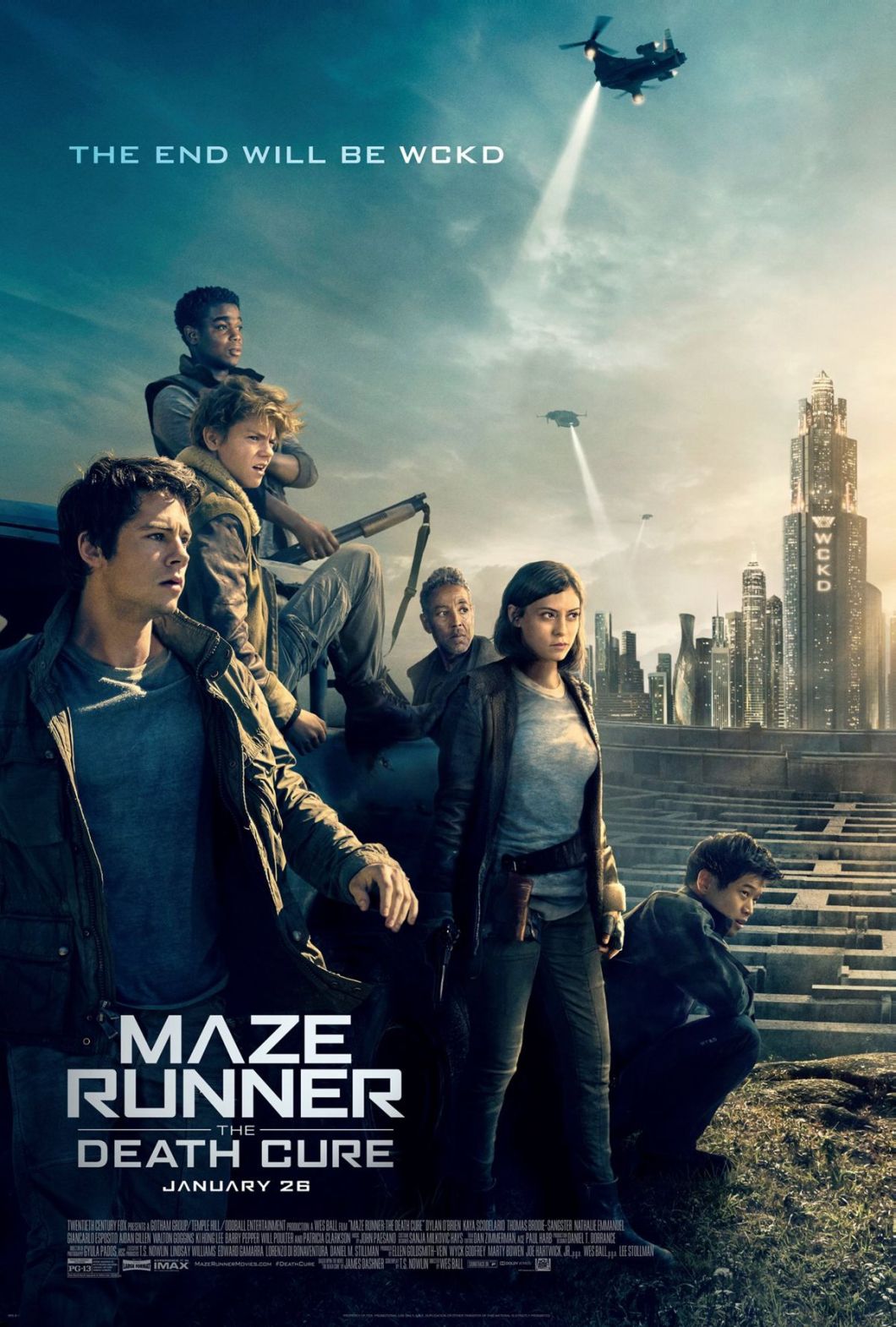 Synopsis from Rotten Tomatoes: In the epic finale to the Maze Runner saga, Thomas leads his group of escaped Gladers on their final and most dangerous mission yet. To save their friends, they must break into the legendary Last City, a WCKD-controlled labyrinth that may turn out to be the deadliest maze of all. Anyone who makes it out alive will get answers to the questions the Gladers have been asking since they first arrived in the maze.

Have you ever thought to yourself, “I want to see The Immortal Life of Henrietta Lacks, but in a teen movie in a dystopian future?”  Well for all four of you out there, Maze Runner: The Death Cure is the perfect movie for you.  The main issue is that unlike the level of moral ambiguity The Immortal Life of Henrietta Lacks, Maze Runner: The Death Cure makes you dislike both sides of the argument.  For a teen action movie that deals with very existential issues, it ends up making both sides the enemy of the issue.

Going over the plot, Thomas (O’Brien) and his gang of misfits are trying to enter the Last City to rescue their friend Minho (Ki Hong Lee) who has been captured and is being used for medical testing to cure the Flare virus that infects most of the world’s population.  That right there, poses the first problem in this film.  The only reason they go on this journey in the first place is because someone they know is directly impacted by the medical testing.  If that set up had not occurred, these characters would have gone on with their lives like nothing ever happened.  At the end of the previous movie, Thomas’s close friend Teresa (Scodelario) betrays the group to join WCKD, the group that created many of the manmade issues in this universe. As a doctor in the Last City, she does research to determine what element in an immune person’s blood can be used to save all people who are not immune.  This is where strike two happens.  Going off the first point, Thomas and his friends do not like that WCKD tortures their friends in order to help find a cure for this disease.  This brings up the question, how many people need to suffer for a massive disease to be cured?  Would you have someone killed if it meant that 10 million people were saved as a result?  In Thomas’s case, he would not, because those are his friends and he cares about them.  To me, this is a very selfish mindset, as everyone who dies from the disease is someone with friends and family, so just because you do not know them does not mean you have the right to condemn them to death.  At one point, Thomas is even given the opportunity to sacrifice himself in order to save everyone, and he did not take it.  I know this is a teen movie and it should not require a lot of thought, but this decision is just the epitome of narcissism.  Moving on, the final shot of the movie is Thomas with the cure in his hand, and then it just ends.  No decision is made on whether or not he will throw the cure away or use it to save everyone, movie’s over, go home.  This is the third and final strike for me, as this series has used three movies to build it up and we do not get any resolution at all.  The disease is still out there, so now one person gets to decide if everyone lives or dies.  I cannot believe this is the message this movie portrayed and does no justice to those who are big fans of this series.

Ok, I know I have been pretty hard on this movie, so I will end with some of the things I liked about it.  Honestly, some of the action scenes and CGI were well done and exciting.  There definitely feels like there is a sense of urgency to their mission and it actually feels like their lives are in danger.  Regarding the character development, I had mixed feelings on the emotional moments that they put us through.  There are two specific scenes that are made to make us feel something about these characters, one of them makes us actually feel something towards them while the other was laughably bad.  Overall, while the plot was riddled with moral errors and the film dragged in the final act, this film is a below average teen movie but not the worst thing I have ever seen.